When it comes to construction projects, there is a wide assortment of equipment that can be used. Your choice would ultimately depend on the scope of the project as well as the specific tasks that need to be carried out. If you would prefer hiring this construction equipment for the construction contractors, then it would be best to know what is available to you. This would make you better informed on what heavy equipment would be best suited for your individual project. The following are some of the different types of earthmoving equipment you can consider for your project.

Bulldozers are one of the biggest heavy equipment machinery that you could hire. They are characterized by a large blade that is located at the front of the equipment. This movement of this blade is controlled by the use of hydraulic pistons. They are best suited to be used for large scale construction projects; hence, they would be an ideal choice for individuals with extensive tracts of land. Other than shifting significant amounts of dirt on the construction site, bulldozers can also be used to grind bedrock as well as rough grading on the construction project. They are also beneficial to individuals who would like to engage on some demolition work on their site before construction can begin.

Undoubtedly, these are the most commonly used heavy equipment during both small scale as well as large-scale construction projects. Although excavators are primarily used for digging up the earth, they can also be used to clear the land, transport earth and more. They are able to carry out this wide range of functions due to the long bucket arm that is attached to the excavator. The bucket arm can pivot in different directions. Additionally, you can use varying accessories in tandem with the bucket arm.

This type of earthmoving equipment looks similar to a tractor. What makes backhoe loaders different is that they have a shovel located at the front of the vehicle and a bucket installed at the rear. The front shovel can be adjusted into different positions to facilitate digging. If your construction project is being carried out in an area with space constraints, this would be an ideal choice of earthmoving equipment to opt for. Other than digging the construction site, the backhoe loader can also be used to shift dirt from one location to another, place piping into position as well as shovel up trenches on the site. 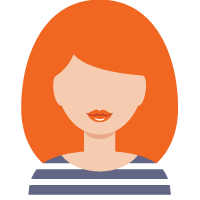 Hi, my name is Jamie. I ran the office for a large contracting and construction company for years. Because I was the one responsible for crunching the numbers, I took it upon myself to learn the most efficient ways to operate the machinery, and I even made sure that our staff knew how to fix certain elements of our heavy construction equipment to cut down on repair costs. If you want to learn about repairing and maintaining your heavy equipment to protect your company's bottom line, you have come to the right place. Please, read and explore these posts, and I hope they help your company.